What do you know about Golden Raisin?

Have you ever seen those golden color small sweets in dishes? Those delicious beauties are “Golden Raisins”. As we know, raisins are dried grapes so golden raisin is no different. Unlike what most people believe, raisin producers can use many different types of grapes to make golden raisins but the point is they got to be seedless. Usually, golden-white grapes are used for making golden raisins. So when they get dry, you will end up with your small seedless golden snack with a unique taste comparing to the other varieties of raisins. What really matters, is not the type of grape. The drying journey is what makes golden raisin as golden it is. Getting to the final product takes 3 major steps: pre-treatment, drying process, and post drying. 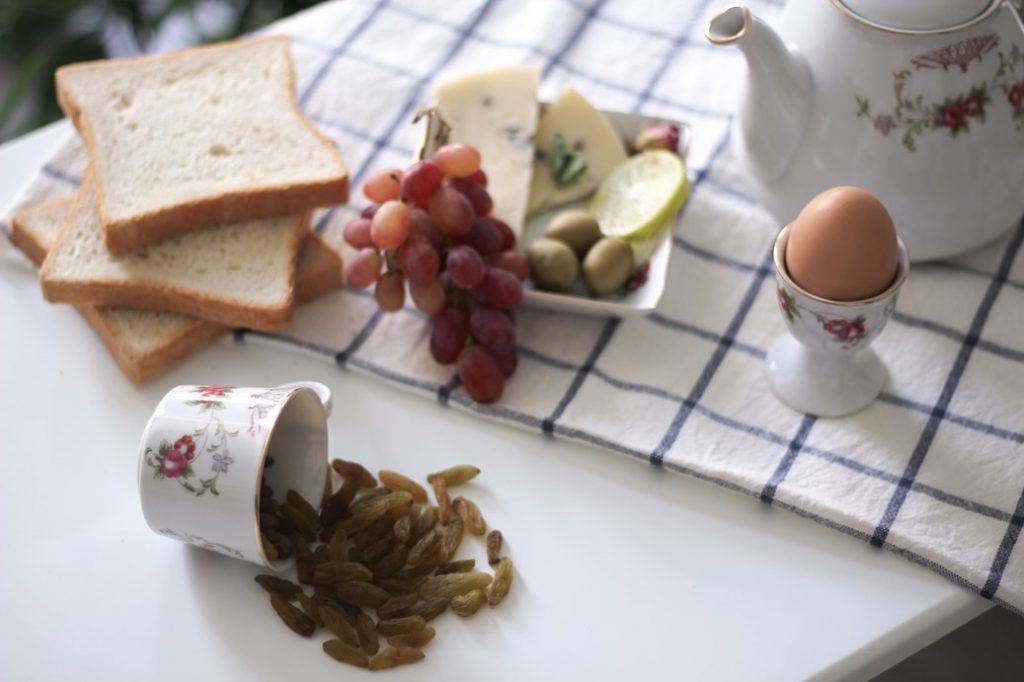 To speed the drying process, grapes are coated with some special oil emulsions or dilute alkaline solutions. Then they are put in the trays to start the drying journey. With these methods, the water goes to the surface of the grapes faster so the drying process accelerates.

There are 2 drying methods including natural and artificial. With golden raisin, it is a bit different. We prefer the artificial method in this case. Why? Well, natural drying method takes a long time. It can be about 3 weeks. On the other hand, heating machines make the process faster providing a controlled environment. You may ask why it is important to do the drying faster. It is just because of the color. In natural methods and the long drying process, the final raisin becomes dark. While fast drying keeps the color steady and bright which is the ultimate desired result for golden raisin. Moreover, drying in a controlled environment avoids losing some minerals and vitamins.

When raisins are properly dry, it is time to clean and stabilize the color. Therefore, they wash the raisins with water to remove all the dirt that may have stuck to them during drying. This step sometimes causes rehydration in raisins so we may need to put the raisins back to the trays to dry again. Then the unqualified raisins are separated and the stems are removed.

Now we have clean golden raisins but it is not the end yet. If you cut the process here the raisins will change in color and darken after a while. To avoid such unfortunate happening, producers treat the raisins with sulfur dioxide, a kind of preservative, to fix the color. In some cases, people prefer to add sulfur dioxide sooner in the pre-treatment stage. It prevents color darkening and maintains the light color of the grapes. Sulfur dioxide helps to keep the taste steady and stops the omission of some certain vitamins and minerals during the process.

All of the steps above are crucial for the taste and the color of the final raisins. Any change can diversify your product in an undesirable way.

Golden Raisin vs raisins vs currants

Golden , raisins, and currants are just different types of dried grapes. raisins are normally smaller in size than other raisins or currants. Each is either made of a particular type of grape or they vary in pre-treatment, drying process, and post drying. For instance, currants and raisins are typically darker because they are normally vine dried. When the grapes are exposed to the sunlight, they get darker. On the other hand, drying golden raisins happen in special machines so they are lighter in color and usually softer and tastier.

When it comes to nutrition, Golden raisin is considered slightly healthier than the other types of raisin because it had been in a fully controlled environment and under much less unstable variables. It is a natural sugar and you can replace it for the artificial sugary snacks during the day. It is rich in fiber, so daily consumption can help the digestive system greatly. If you suffer from constipation, you can give it a try. All these types of raisins are rich sources of plant compounds as antioxidants. Accordingly, they protect your body against free radicals and can prevent heart disease and cancer. Usually, golden raisin contains more plant compounds as well.

Golden raisin normally contains more sugar comparing to other raisins and it is richer in potassium. Additionally, when it comes to calories, golden raisin comes at first.

Raisin, including golden raisin, is not suitable for animals especially dogs. There were several cases of raisin poisoning reported by pet owners. It is still undetermined why raisins would make dogs and animals sick but it is obvious their digestive system is not compatible with this dried fruit. The symptoms may occur as vomiting, diarrhea, shivering, and fever. If your pet had any raisin, take him to a vet as soon as possible.

Golden raisin in the kitchen

If you think the golden raisin is just a snack, you are so wrong! There are so many recipes containing raisin. Food and sweets! You can add golden raisin in the batter for cookies, cakes, and cupcakes. However, you may get them wrong for chocolate chips! It is also delicious in granola and cereal for breakfast and you can add it to your salads. There are so many recipes for dishes with raisins as well. Curried chicken stuffing with raisin can be a good choice for a party. you can order now.